Mmm. Well, we’re back here with this.

The Club episodes have always interested me, 1) because they’re exclusive, and 2) they focus on a lot of settings outside Odyssey (is that partly because of the emphasis on missions, is it the ministry, is it for the fun of it, who knows), so finding out they did an episode based on my home country, the Philippines, I was especially interested in just how well they’d pull it off.

Aaaaaand then I totally forgot about it for like a year and that’s why that post never came out.

Don’t come after me.

(also to whoever said someone should write a fic with Jason in quaratine… you should get into prophecy.)

A cocky basketball player tests Marvin Washington’s patience during a mission trip to the Philippines.

This is a great episode.

If you’re in the intended demographic of being a typical conservative Christian homeschooled young child, that is.

The comment about waffles seemed to be a little insensitive to the distinct differences between the US and the Philippines, for one. The dialogue the boys have about the food and the trash-talking overall was just a tad too much (although the bravado for the guys was spot on, there would’ve been a lot more nervousness and shyness because of the “white” people coming. That’s a thing and you deal with it.)

The accentwork was where I went “hmm” the most; it’s enough to pass for like, movie and ads Filipino, but the actual Filipino does not talk like that, and if you’re from the hood, you definitely aren’t as pronounced as some of these kids were. Also while the slums are as substandard as they sound like, what this fails to mention is the attempt to make up for it with material property and social media. We don’t think much about living in a hut when we’re on our phones scrolling through Facebook (which is a big thing here.) I digress– essentially, it seemed pretty glossed over for the sake of the episode.

The characters. Mm. I’m glad Marvin and Ryan are back, but like, the Filipino boys seemed generic. Understandable, but sad. They were there to explain the plot and the setting, but not really have arcs of their own. And the little kid’s accent is just. Hmm. Yeah no.

I’m trying not to be too critical since the message is meant to be simple enough for little kids and thus everything they portray will be light enough for their ears, but with stories like this there is (or should be) a certain maturity to every culture represented that… wasn’t there. Which is fair given their resources and intents and abilities, but it doesn’t erase its lacking. Seeing as this is an episode literally nobody would ever listen to again however, it’s not bad. But it could definitely have been better and had more attention to the general detail of their setting.

Oh, and rice. Could’ve had a lot more rice. We are a rice country and none of them ate rice. A travesty.

MMMMMMHMM okay so I actually had an initial initial first draft of this review response thing back when this disaster fic of an episode came out, which included multiple references to me throwing my headphones against the wall, but it’s been like, ages since that came out and I’ve forgotten everything that happened, except that I was willing to lose my arms or for Jason and Connie to get together just to end the painful, painful interactions with Jillian, but like, idk what happens here, everyone’s too busy thinking about Morrie to care about what happens to the adults of this series.

So what better thing to do on a perfectly good Sunday evening than torture myself for 30 minutes again?

Two days before a Dreams By Constance wedding, the grandmother of the bride approaches Connie with a proposal. She’ll pay her double if she breaks up the ceremony.

(sketchy but then what isn’t these days)

(also cred to aio wiki because they’re the best)

They got one thing right. This is a walking NIGHTMARE. Dear. gosh. uh.

Connie didn’t have enough air time, which I thought was disappointing since she is, after all, the titular character, and this might just add to how Connie is treated in the show overall. She’s always supporting, always on the side, which is a bit of a shame since her story is so rich and all the stories that can be told in her arc are too solid to be left unwritten, but that’s what’s hard when you have an adult in a kid’s show, which is another topic of discourse I don’t have the brain space to get into. TL;DR: LEAD HER LEAD AN EPISODE COWARDS.

Jillian. Jillian Jillian Jillian. You know what, she was actually tolerable this time around– a fact that doesn’t make sense because none of her character development included this side of her or showed any other traits except being a ditzy airhead, so that’s confusing. I don’t mind having her be less cringey, but I’d rather see that change than suddenly have her be another girl in this show (and that’s another conversation we don’t have energy to talk about.) All things considered, not the worst thing about this two-parter.

The grandma though. What. even. ugh.

In all honestly though, if we take it as a standalone parter and try not to think too hard about it, it’s a fun episode. Lots of wacky stuff happen, lots of almost too perfectly timed incidents spur our characters (and my growing mental trip) into each stop on their wild goose chase, and also Jason once again proves that he can’t even handle retirement for two minutes without throwing himself into some little big thing again.

One can only imagine how he’s doing in quarantine.

I was *going* to do this with one of the newer episodes, but the club won’t load and also I was gonna do a B99 marathon right after this, so here we are.

I have no knowledge of what happens in this episode or what album it is, despite scouring the Wiki for days.

“Welcome Home, Mr. Blackgaard” is episode #342 of the Adventures in Odyssey audio series. It was written and directed by Phil Lollar, and originally aired on January 20, 1996.

(yes that’s taken directly from the AIOWIki, guilty as charged)

It’s been like 3 years and the intro just hits differently every single time. Gotta love that nostalgia

THE CRICKETS after Edwin’s monologue

I keep forgetting how good AIO’s dialogue is. So many good quotes

“The ELECTRIC PALACE” Aaaaaand that line is when all the chaos started, rip Edwin and rip everyone in Odyssey

How on earth did they manage to make a chicken nightmare dramatic, I have no clue, but here we are. here we a r e

I expected a simple episode, not a whole 30 minutes of nostalgia

I find it interesting how both Blackgaards were super self-centered and they just channelled that chaotic energy through different platforms. Either way both relied on people to support their fever dreams, but take away everyone else and they were pretty weak on their own (On another note, what would’ve happened if Edwin was the evil twin and Regis was the theater kid? Very chaotic)

WHY are they talking about HAMLET in my good, simple, clean Christian children’s radio drama, literally nobody understands the reference except classical homeschooler moms

Only in Odyssey do people magically clear out a store and also return all the things they took without any hesitation, like it’s that simple and everyone shares the same warmy-goody neighbor sentiments, because everything has to be nice and easy in this controlled experiment of a small town

This was pretty clearly a filler episode, but it was a nice little piece and had a ton of good quotes. Most importantly, it had Jack and Tom being Jack and Tom, which we like to hear. It also had Edwin being a diva, but what’s new?

Thanks for reading, and tune in next time to hear Jo scream about Jillian existing for five minutes.

thought
you said
you were
speechlesS

“I promise, once the new album comes out this’ll be busier than Whit’s End.”

So we’ve basically been dead for all of this year. Not that there was much of this year to begin with, but. Besides, any content that was being churned out is, by recent standard’s, horrible.

What led to this stark revelation? Was it the stream of comments on the conversation page by you cool dudes, Lee’s top tier podcasts that seem to be coming out every other week (also I nearly choked on my water when I learned that the Clubhouse magazine bits are canon, so thanks for almost killing me), the growing suspense over the Rydell Saga, or a result of mentally cracking thanks to the dreaded unspoken thing that keeps us all inside?
At this point who knows?

Album 69’s cover looks terrifying. How’s everyone taking the recent updates? Everyone ready to start throwing their headphones against the wall in sheer disbelief for 6 more episodes? More importantly, what the heck happened between Further From the Truth and the latest Club episode? I’m hearing Morrie and war and Jules and please tell me nobody’s gotten married, I haven’t listened back since January, so we got a lot to catch up on.

Comment below if you’d like to see us (I say us, the last I heard from Luke was April Fools) talk about fan theories, do reviews of recent episodes, dissect characters, or basically everything the AIO Insider and AIO Audio News is already doing, but like, worse. And I’ll be here all day, so any episode recommends would be great.

Thanks for reading, and hopefully I won’t drop the ball again.

hey friends! check out this podcast i was interviewed on!! 🙂

Gosh, it’s been so long since we’ve released an episode! But, we’re back…sort of. 😀 Nonetheless, we’re so excited to finally release this special episode! We hope y’all enjoy it!

First off I want to thank all of you who sent in AIO fan art!! It was all so amazing! But, there is only one winner, and that is…

Hannah!!! She did an amazing job on Penny and Wooton!

Everyone else did an amazing job! I will be sharing their art on Instagram later, and will add it to the Fanart page!

Be on the lookout for some sort of post from Hannah in the future! 😀

just an update to remind yall that there are only 4 days left to send in your aio fan art! if you have any questions just ask in the comments. 🙂

and send your fan art to welcometoodyssey@gmail.com

Please share this with other AIO fans as well, thanks!! 😀

Hey friends!! Long-time no…see? 😛 Today I am letting you all know that WtO has an Instagram if you aren’t following already, head on over and do! I try to be a little more active on there, ish.

In other news– we are hosting a fan art contest!!

So please send us your AIO fan art!! Jo, Luke, and I will choose a winner and that person will get to write a guest post on WtO! Also, all entries will be added to our fanart page.

It officially starts today, the 5th, and goes till the 19th. Send your artwork to welcometoodyssey@gmail.com or send it to us on Instagram.

p.s. if you are reading this soon after it posts head over to our instagram- I will be doing a live stream with some more info

Check out the cover for album 68! Thanks, Lee for keeping us in the loop! 😀 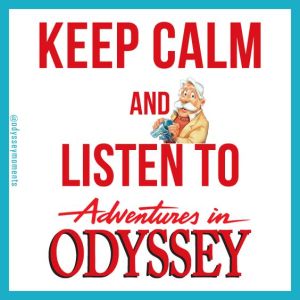